A bunch of us Zennies from Northern Light got together today to put up our Stupa!  Last year shortly after the monument to Dae Soen Sa Nim was erected at Providence Zenter Center, the Northern Light Zen Center was gifted the Stupa that was originally in the monuments place.  Today was the day we put that Stupa up! The future intention is to have the Stupa be the centerpiece for a memorial garden.  But for now the goal was to get it in place. We did it!  Goal accomplished.  Yay!  Check out our pics below. 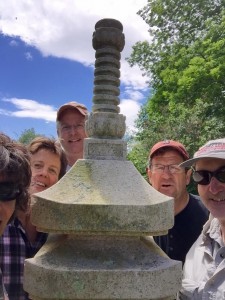 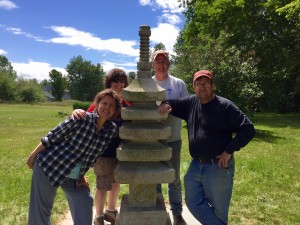 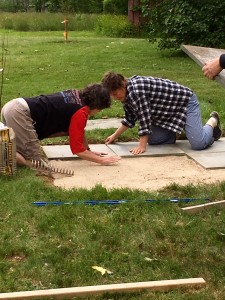 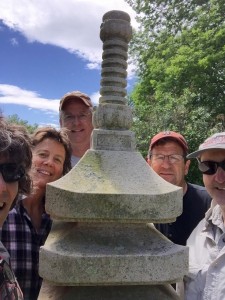