Greetings to you all!

It’s been a while since I have put up a post.  And what a better time to do so than to announce a one day retreat at Northern Light led by Jose Ramirez JDPSN!  It is taking place on Saturday the 16th of November.  Come join us to practice.  Enjoy one another’s company.  Interviews will be given by Jose.

Jose is a excellent teacher and the Guiding Teacher and abbot of the Delaware Valley Zen Center, which he helped found in the Spring of 1999. He has been practicing in the Kwan Um School of Zen since 1994, and received Inka in April 2009. He has a degree in mathematics from the Universidad Simón Bolívar in Caracas, Venezuela, and a Master and Ph.D in statistics from the University of Wisconsin-Madison. In his role as an industrial statistician he works closely with engineers and scientists to help them make sense of data. He lives in Rhode Island with his wife and daughter. 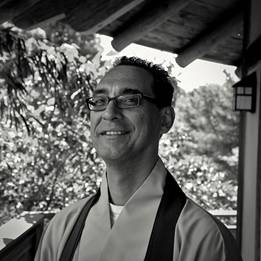 Emails will be going out to members and friends but we would love it if anyone joined us.  Feel free to email us NLZC@GWI.NET for more info.  Please join us it should be a GREAT day!